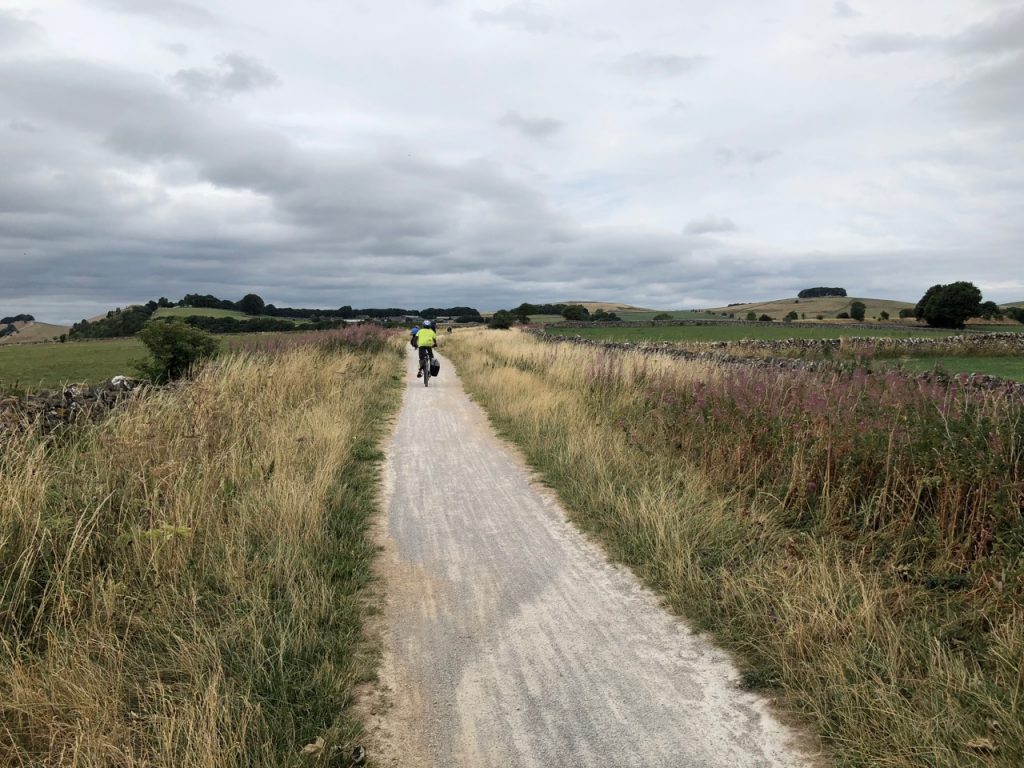 Ashbourne to Hartington and back along the Tissington Trail… Peak District cycling at its best. 11 miles each way.

The idea of cycling across the wonderfully beautiful white peaks in the southern Peak District is very appealing.

It gives you the chance to experience the rolling limestone hills at first hand.

Then again, cycling over and across those hills may be pretty hard work, especially for someone who’s cycling experience is limited.

That’s why the Tissington Trail is so brilliant.

You cycle on the disused Buxton to Ashbourne railway line which was closed in the late sixties.

Not quite dead-pan flat, but this gravel-tracked path way is gentle enough to cross the White Peak at a leisurely pace. It’s not plain sailing…the very gradual and constant ascent does test you, but it’s completely car free, you can do it in your own time and it offers you fantastic views along the way.

We started in the pretty market town of Ashbourne.  There are car parks at the proper start and at Mapleton Lane just a quarter of a mile north. As we weren’t returning overnight, we left our cars at the free car park off Belper Road, just by the main park.

We had children with us so we wheeled our bikes to the main market square where we visited the lovely  deli  to buy some  snacks  for a picnic along the way and then followed the brown signs to the Tissington Trail.

Within five minutes we were at the Mapleton Lane junction where others were hiring bikes for the day. 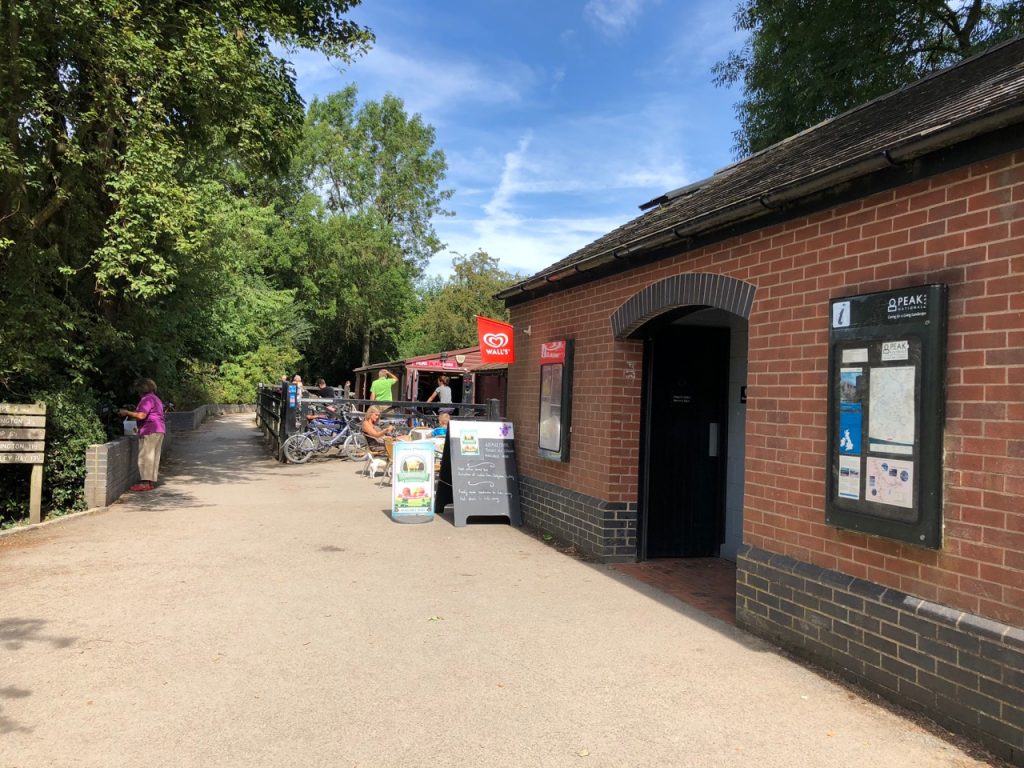 Just as you join the Trail there’s an abrupt dip, down and then up. I feared that the rest of the trail would follow this pattern, but as soon as you stop and go through a gate you realise that the trail is even.

You soon get into your stride.

At first the trail is mainly tree lined, but there are plenty of breaks so that you can experience wonderful rolling countryside. 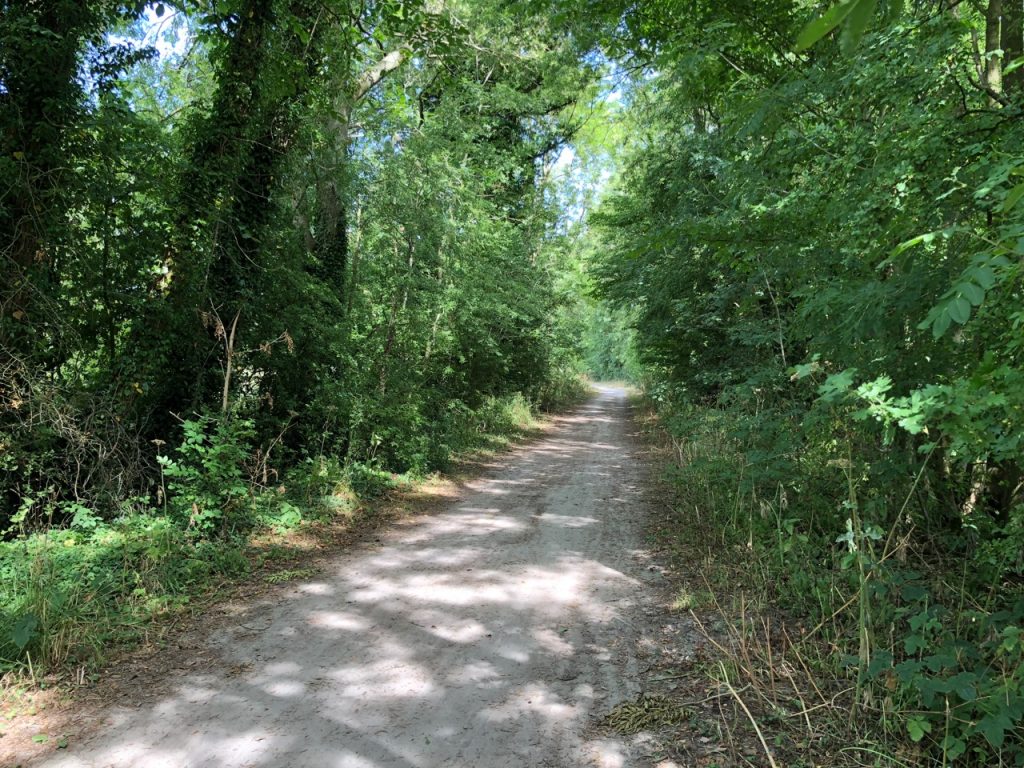 After around two miles you pass the village of Thorpe, where there’s another car park for people to join the Trail. We then crossed over the A515 and about a mile later arrived at the Tissington station.

Some take a break here to visit the picturesque village. We chose not to as we had a fair way to go. We did however grab a cuppa and a snack at the very accommodating refreshments shack. 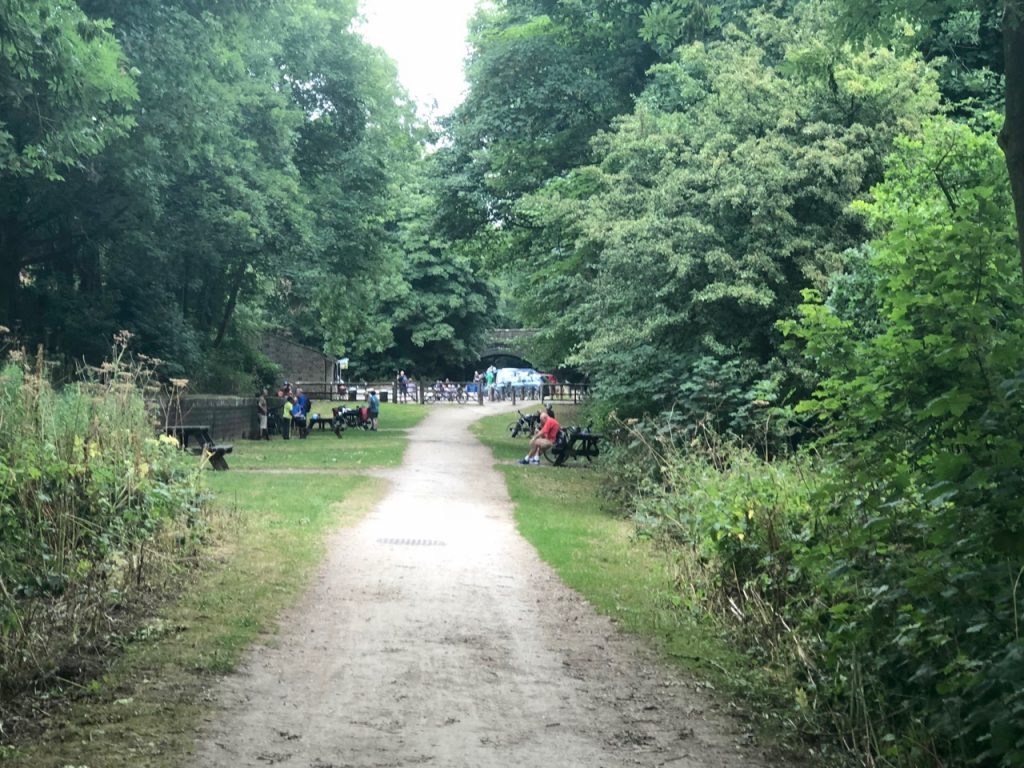 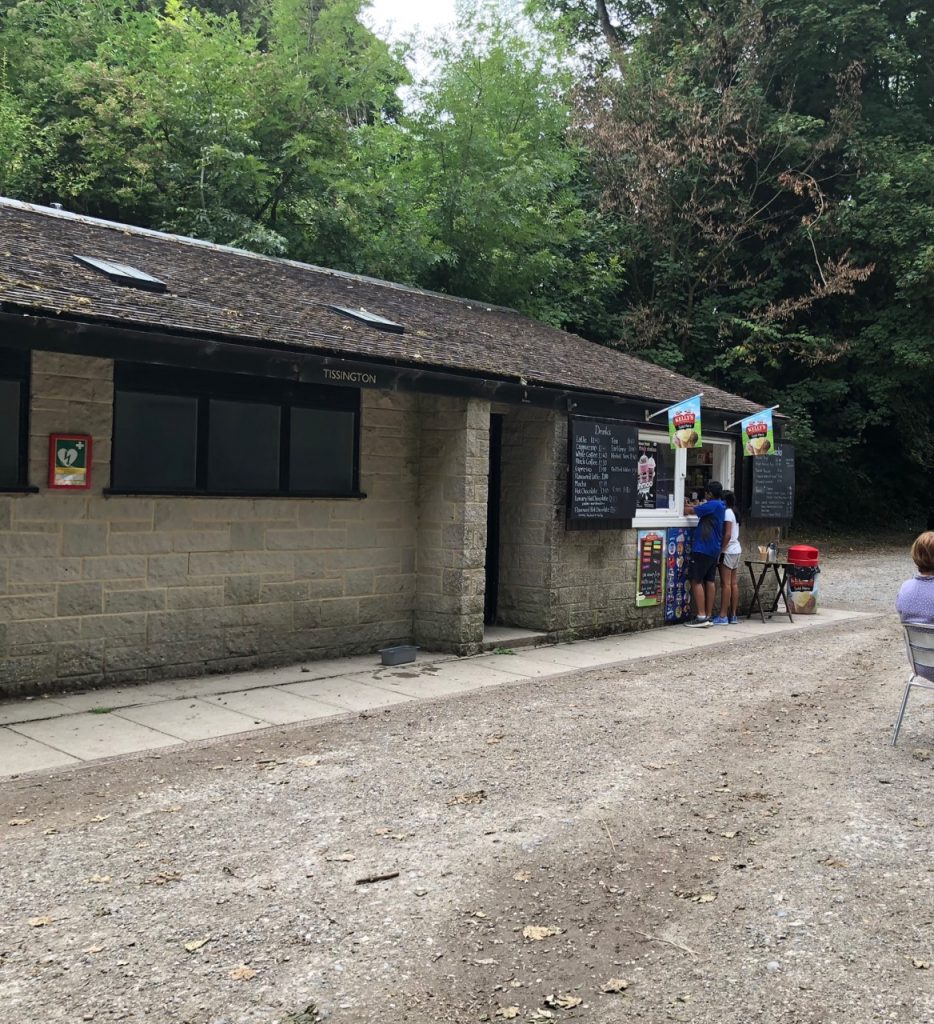 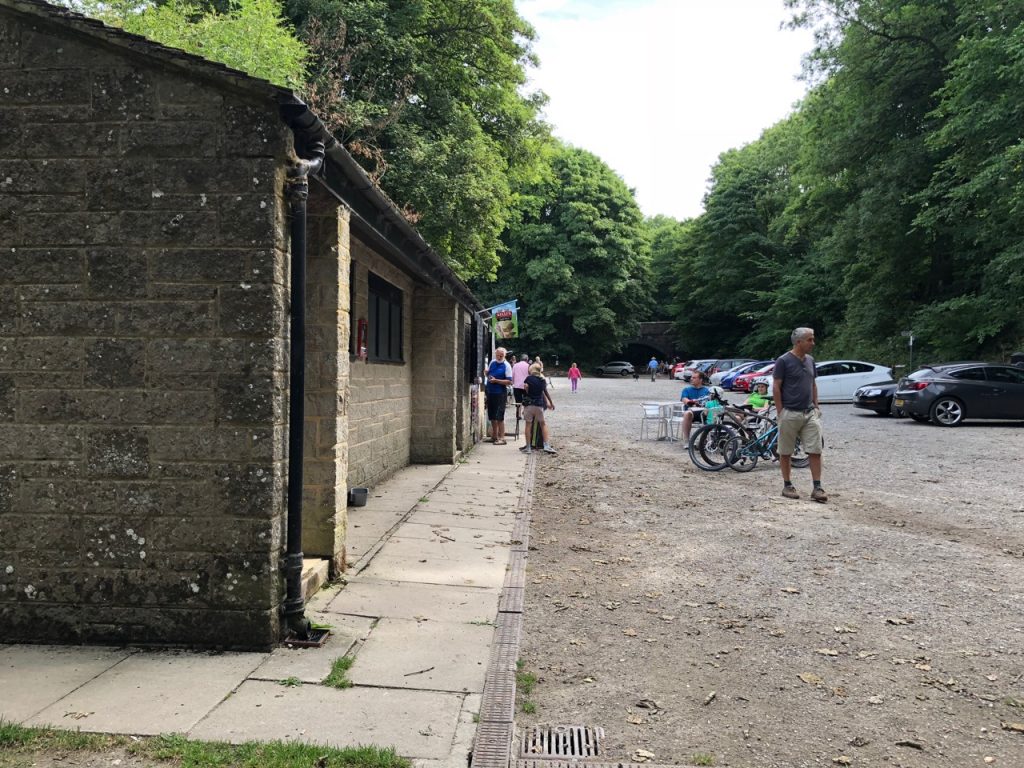 From Tissington it’s about three miles to the appropriately named Alsop en le Dale…(as you really are now in the Dales). Looking around you to realise that you must have gained height, and that explains why your legs feel a bit heavier than expected … the trail has looked flat, but is, in fact, slightly up hill all the way. 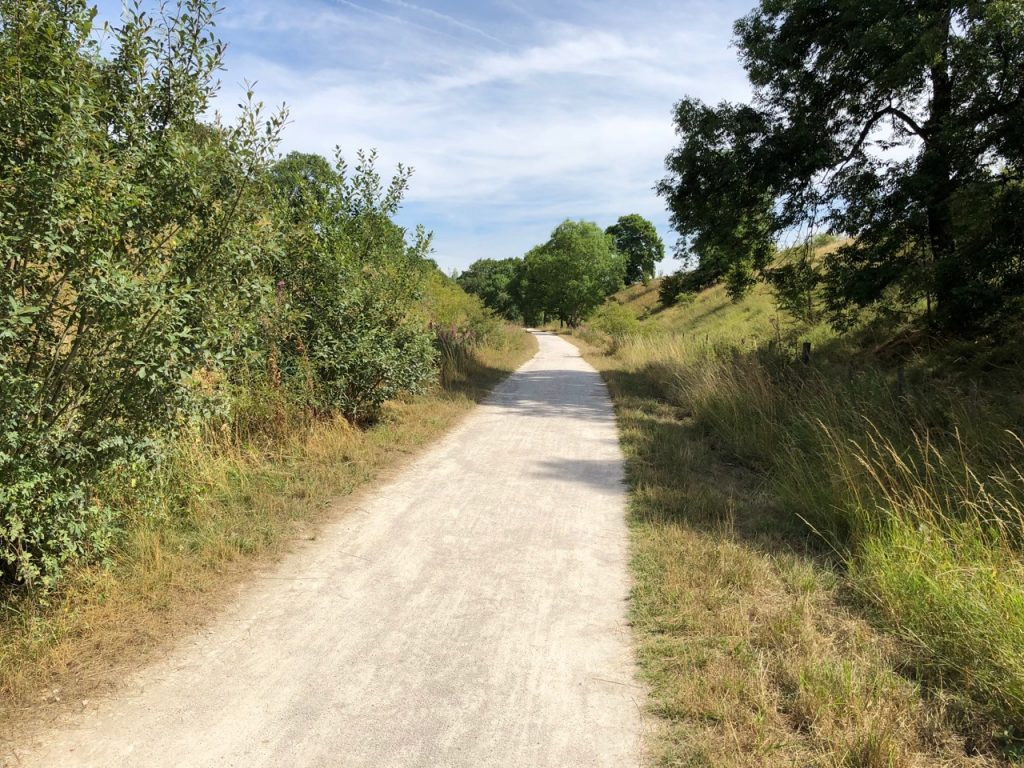 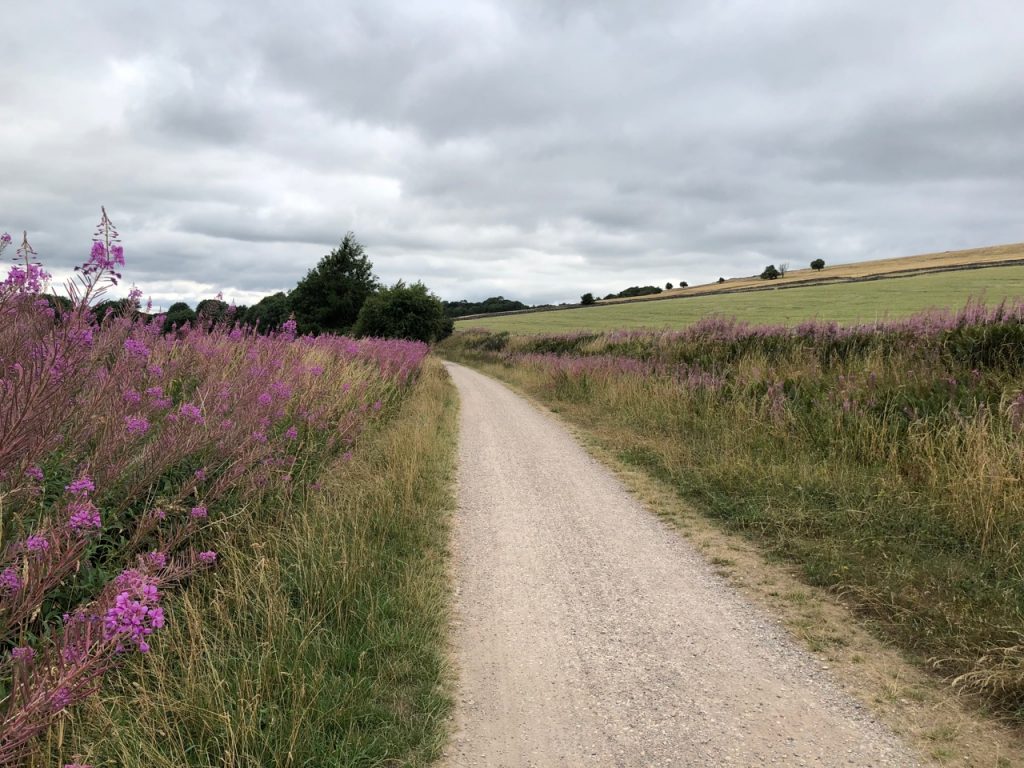 From Alsop en le Dale it’s about five minutes to Hartington, our destination for the night.

We took the advice of the tea shack staff and decided to leave the trail before the Hartington station. This is because we did not want the last mile or so along the tricky B5054 road.

We passed the village of Biggin on our left and then left the Trail at near Heathcote.

There’s a picture-perfect village pond here which you reach after a steep hill down the lane.

From here it’s a short distance to Hartington itself. 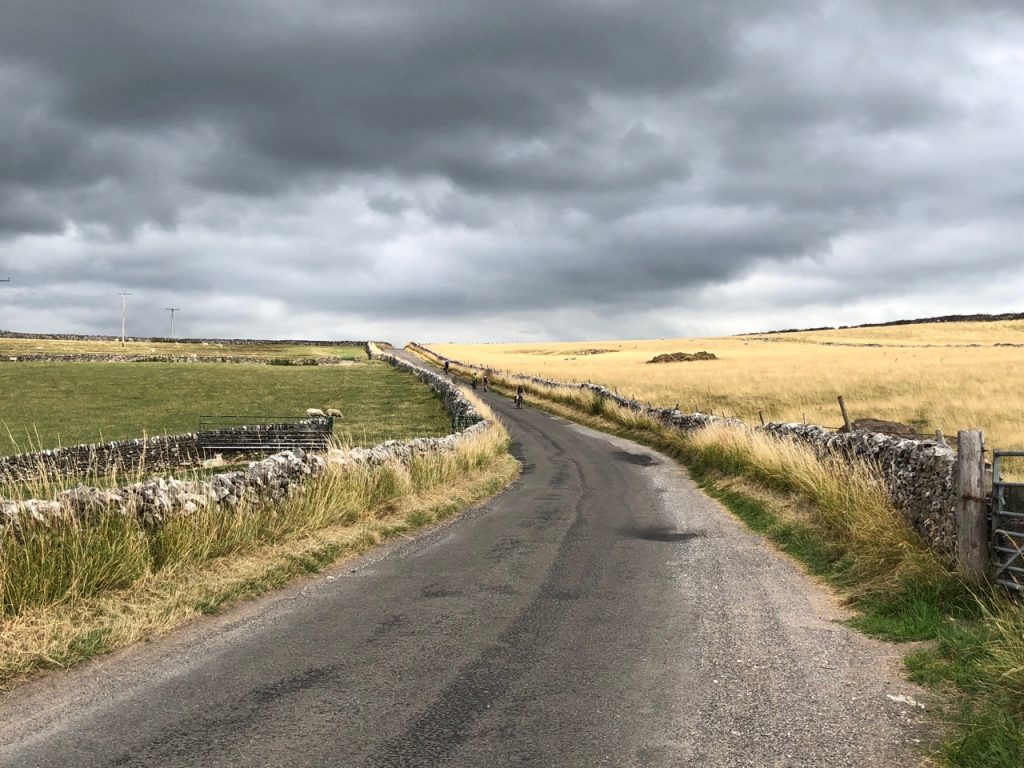 We found our destination, the Hartington Hall Youth Hostel, before reaching the village centre.

The hostel is a very quaint and immediately impressive, a  seventeenth century building which has served the youth hosteling movement well since the 1930s, and was completely reimbursed about fifteen years ago.

I have to confess, we were very tired by this stage and the hostel served as a perfect resting place, before our return to Ashbourne the following day.

The next morning we followed our tracked by turning left out of the hostel, but then turned right down Cycle Route 548. 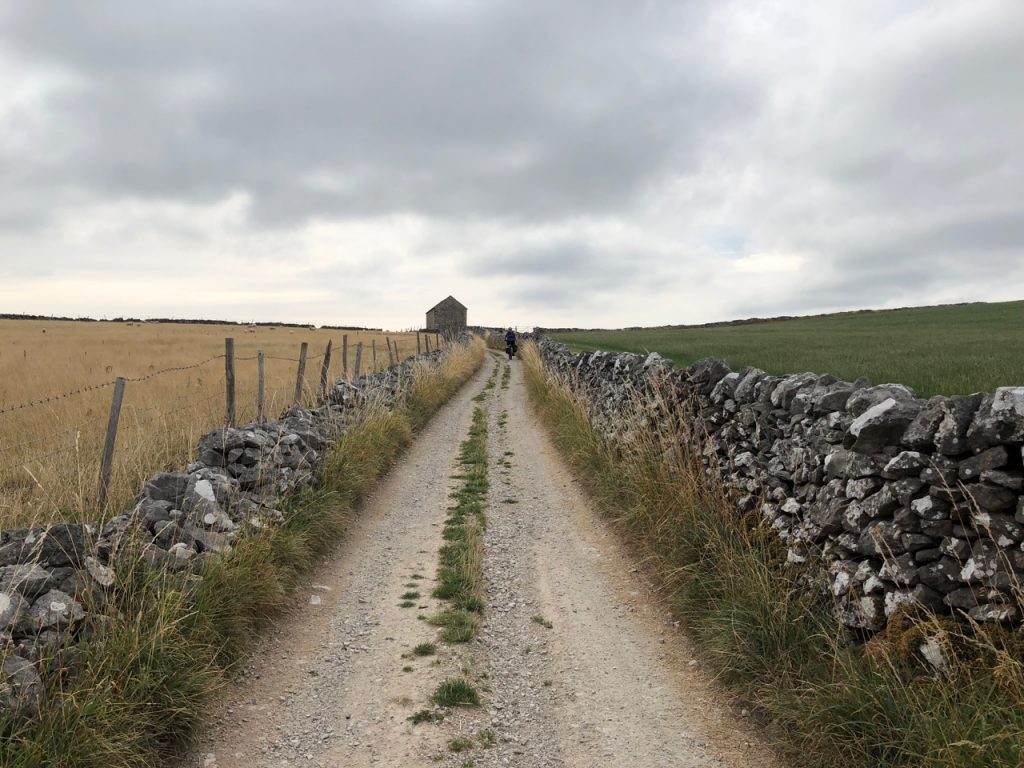 The cycling was now hard as we climbed along a bobbly limestone track that cut through the fields. 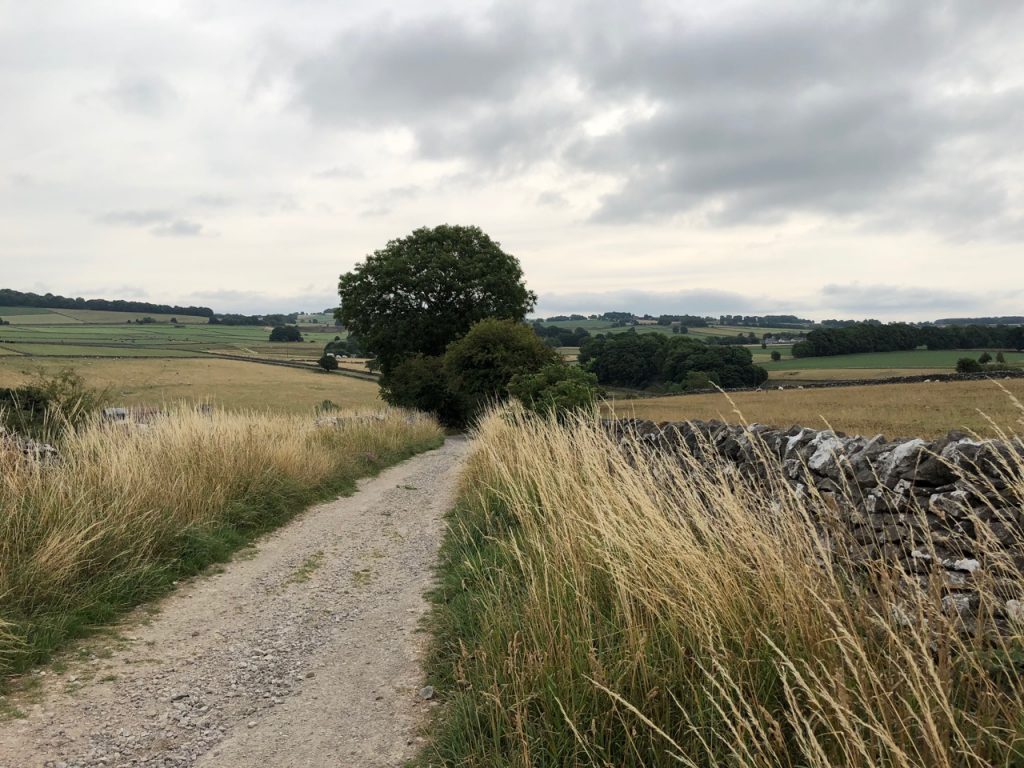 After about a mile the route led us through Biggin village an then back onto the Tissington Trail.

Getting back to Ashbourne was easy. The day before’s gentle but constant ascent now repaid us as we virtually free-wheeled our way back down down the track. 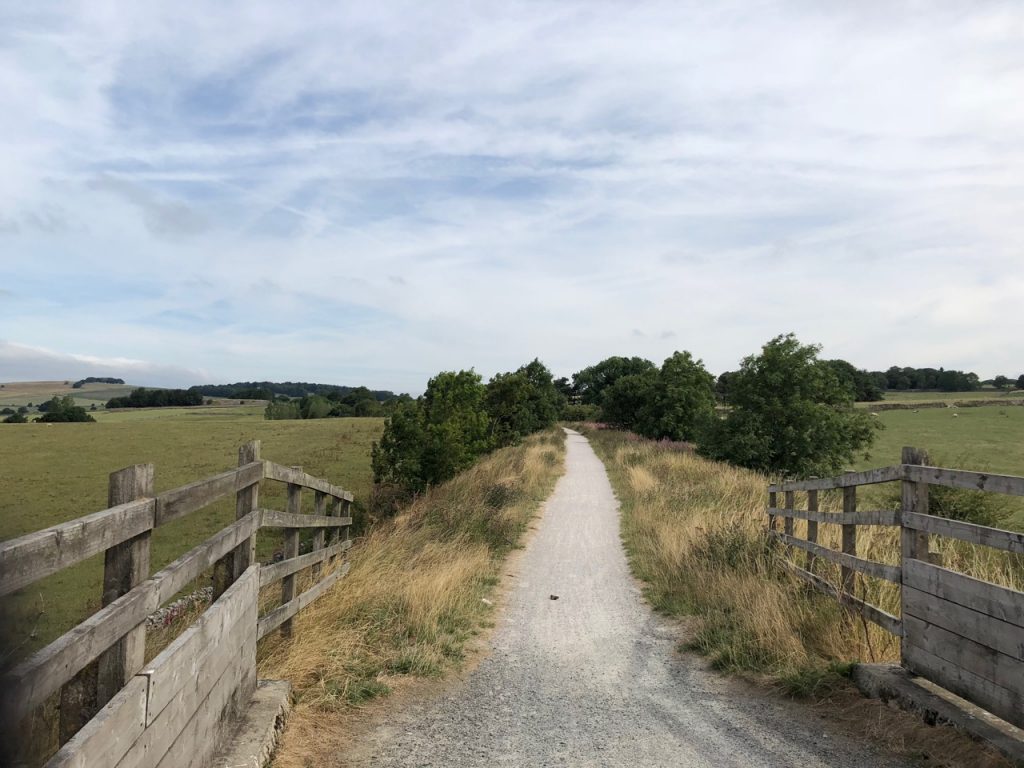 Within two hours we were dismounting at the Mapleton Lane junction where our adventure had started the day before.

Ashbourne to Hartington and back along the Tissington Trail … Peak District cycling at its best. 11 miles each way.